Sorry about yesterday.  I became so busy I could not finish the post.  Here we go:

Dr. Assad sat for an interview yesterday on Syrian television and made it clear that the army was going to finish the job completely.  We support him. A major push has started as of Tuesday and the intensity of the fighting is unprecedented.  The 100,000 or more volunteers for the National Defense Force along with the militias and paramilitary units have the effect of a “surge” releasing combat forces to take care of the rats once and for all.

IDLIB:  This province now dominates the news with bold new military action by the SAA.

Wadi Dhaif and Haamidiyya:  The military bases are safely in the hands of the SAA and tons of supplies and hundreds of reinforcements have taken up position in and around these bases.  Aircraft continue to pound the remnant rat populations who persist in firing sporadically at our troops.  The highways are not contested as reported in the propaganda of the West and the Right-Wing Maronite Yellow Press of Lebanon.  According to Wael, armor is pouring into the area.  The body count around these bases is in excess of 500 dead rats.

Saraaqeb:  Elements of our 4th mechanized armored division are seen now in the area of this city.  A major push is coming and the FSA and its Al-Qaeda allies do not have the power to stop it.  The SAA destroyed 2 nests of rats south of the city and confiscated whole boxes of ammunition and assault rifles from Croatia.  Thank you,  Saudi Arabia.

Nairab:  Same boring story of rodents trying to enter a Youth Camp.  No such luck.  Here are the dead bodies which could be counted in fighting Tuesday:

4 bodies were of foreign vermin.

Ma’rratmasreen:  A warehouse filled with IEDs, mortars and 4-wheel-drive cars was destroyed.  The SAA killed 13 rats all of whom had no papers and appeared foreign.

The other 5 had no papers.

Fayloon Road:  A nest of foreign apes was put to the torch.  The explosion was so loud it could be heard for miles.  Wael reports that about a ton of military-grade TNT was in the warehouse.

Rubay’at:  At the border with Turkey, SAA confirmed 18 rodents taken down.  No names because of the terrain.

The other 23 dead carcasses were no carrying valid identification.  All foreign.

Al-Murayj:  11 terrorist filth killed.  All believed to be Libyan or Tunisian.

Mazra’at Al-Reesh:  A convoy of flatbeds and vans annihilated by SAA.  All 31 rats not identifiable.
MI intercept of communications indicate these rodents were from North Africa.

Bayt ‘Awwaan: Jabhat Al-Nusra collapsed in this town.  16 rats killed.  These were the only Syrians:

Khaan Al-Jawz:  Rats surrounded and put to death.  Simple as that.  No prisoners.  Jabhat Al-Nusra.  All 11 were foreigners.  No id.

The remaining 2 are under investigation.  Believed to be North African.

Zawbak:  Skirmish leads to 4 dead rats and 12 prisoners taken.  We will have details about these foreigners who appear to be Tunisian.

Ghammam:  4 vehicles with heavy machine gun cannons destroyed.  All 14 carcasses were bearded and known to be Jabhat Al-Nusra.

Dughmashliyya:  3 dead terrorists.  Wael says a pack is being pursued into the countryside.

ALEPPO:  SYRIAN HIGH COMMAND HAS DENIED ANY CEASE FIRE WITH RATS.  According to the MoD, on occasion a cease fire will take hold in a quarter to allow bodies to be removed or to provide access for humanitarian organizations.  Otherwise, the battles in Aleppo are gaining in intensity:

Maslamiyya Road near the Al-Kindi Hospital and the carpet factory, a pick-up truck with weapons and rats was destroyed by militia:

Mannagh: Near the airport, a huge number of rats went down with fighting continuing.  No numbers.

Kafr Khaasher:  7 killed.  Only one Syrian:

Mar’anaaz:  5 killed and 2 prisoners.  The carcasses have been identified as 2 Chechens and 3 Libyans.

DAMASCUS:  They are getting farther and farther away from Obama’s dream.

At Jawbar, now a clean-up operation, near the soap factory, the SAA killed the following snipers:

‘Adra:  Now in mop-up mode, at the Hayy Al-Sughayriyya, Jabhat Al-Nusra mollusks were swept up.  No identification except this one:

Al-‘Utayba:  SAA encircled a rat pack completely and slowly destroyed it.  Of the 12 rats, only one could be identified.  There were Jordanians in the group according to Monzer.

Yabrood:  2 packs of rats fought over spoils and wound up killing one another to the tune of 7.  This all happened at the Amal Hospital.  One wounded rat was taken prisoner:

HOMS:  Scene of massive battles as FSA rodent army pressured to move in to Syria.  Yesterday, Wael reports an unusually high number of rodent leaders arrested.  They are being interrogated and Wael says that some are actually deserting the FSA and asking for amnesty.  Mmmm?  We’ll see about that.

Al-Tayyiba:  A truck led the SAA to a nest of rats belonging to Jabhat Al-Nusra.  The only identifiable
carcasses out of the 14 were those of:

Al-Rastan:  Near the Shari’ah High School,  “large number” killed, but no details.

Al-Qusayr:  More rats from Lebanon killed.  The field around this battle is strewn with over 40 carcasses which cannot be removed.

LONDON, U.K. – GHASSAN SHITTO OF THE NACOSROF, THE PRIME MINISTER OF POOP, ALMOST ARRESTED AT HEATHROW!!

After a rousing visit to Northern Syria where he was almost killed 3 times, Ghassan Shitto arrived at Heathrow yesterday and was asked to queue up like everyone else for passport inspection.  He would have none of that.  According to some Islamist rag in London, Mr. Shitto showed pique and blustered out that he was the “PRIME MINISTER OF THE SYRIAN ARAB REPUBLIC”.  The customs officers at Heathrow were not impressed and probably couldn’t find Syria on the map.  They asked to see his diplomatic passport. What they got instead was his American passport.  He didn’t have a Syrian one.  Well, poor Shitto was told that if he didn’t stand in line he would be arrested.  He took a position behind some tourists. 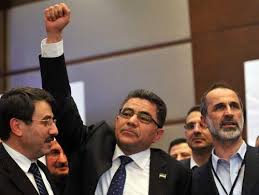 “How dare you!!  I am the Prime Minister of Poop!”.  And so he was processed like any ordinary traitor.

Syrian officers stroll down a street in Idlib and discuss how best to exterminate rats.

More degradation for Arabs courtesy of Saudi Arabia.  I mean, how much more ridiculous?

Here’s another for the propaganda file.  It’s a laugh a minute:

Al-Akhbar is supposed to be pro-Assad but still writes up some nonsense.  Here’s an example: 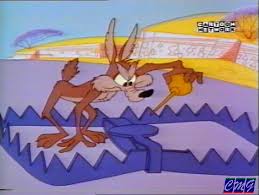 Guest
Level 0 - Anonymous
Anonymous
Offline
#1571
You can flag a comment by clicking its flag icon. Website admin will know that you reported it. Admins may or may not choose to remove the comment or block the author. And please don't worry, your report will be anonymous.

hello ziad thanks for the long awaited post (i checked more than 10 times if there was a new post lol) if you find the time can you please have a look at this map and comment on it if it is in accordance with the current situation in syria. http://en.wikipedia.org/wiki/Template:Syrian_civil_war_detailed_map it is difficult for a non syrian to understand what the situation is because we dont know all these cities villages areas and who is where and in control of what and most map makers seem to be biased towards terrorists also usa is deploying 200 men strong force… Read more »

Guest
Level 0 - Anonymous
Anonymous
Offline
#1568
You can flag a comment by clicking its flag icon. Website admin will know that you reported it. Admins may or may not choose to remove the comment or block the author. And please don't worry, your report will be anonymous.

Good job posting Ziad, I’ve done four depositions today and I’m already wiped out. I don’t know how you do it akhi. Shukran Ya Ziad, it’s good news all the way. My worry is that once the Syrian government wins the war, they’ll still have to win the peace!
Reconstruction, macro economic issues, plus employment will have to take place to get Syria working again.
Ibn al Shaddai

Guest
Level 0 - Anonymous
Anonymous
Offline
#1567
You can flag a comment by clicking its flag icon. Website admin will know that you reported it. Admins may or may not choose to remove the comment or block the author. And please don't worry, your report will be anonymous.

I hope so much that all these casualty reports are true or at least mostly true. That would mean that the terrorists are suffering horrendous losses which they probably cant sustain for very long. Let all the Jihadis in the world find their grave in Syria. It would be a blessing for all of us!!

Guest
Level 0 - Anonymous
Sown on the Path
Offline
#1566
You can flag a comment by clicking its flag icon. Website admin will know that you reported it. Admins may or may not choose to remove the comment or block the author. And please don't worry, your report will be anonymous.

ZIAD is this all from yesterday or TODAY??? remember I need to count the numbers!

Guest
Level 0 - Anonymous
Anonymous
Offline
#1565
You can flag a comment by clicking its flag icon. Website admin will know that you reported it. Admins may or may not choose to remove the comment or block the author. And please don't worry, your report will be anonymous.

Hi Ziad, please don`t forget to contact the GERMAN journalist: skoelbl@umich.edu She spent last year at your alma mata for doing some research. Now she is based in Berlin.